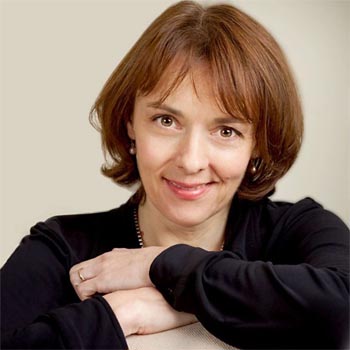 Lucy Kellaway is an Associate Editor and management columnist of the FT. For the past 15 years her weekly Monday column has poked fun at management fads and jargon and celebrated the ups and downs of office life.
In her 25 years at the FT, Lucy has been energy correspondent, Brussels correspondent, a Lex writer, and has interviewed business people and celebrities for the Lunch with the FT series and the FT Weekend.
She has won many awards including Columnist of the Year in the British Press Awards in 2006, the Industrial Society WorkWord Award (twice), Best Commentator, Business Journalist of the Year Awards 2007 and the Wincott Young Financial Journalist Award.
Her first book 'Sense and Nonsense in the Office' was published in 1999 and was followed by 'Martin Lukes: Who Moved My Blackberry?' in which she followed her fictional character for a year via his e-mails.
'The Real Office: All The Office Questions You Never Dared To Ask' was described by the Sunday Times as 'dispensing water-cooler wisdom, not motivational gobbledygook.' 'In Office Hours' was published in 2011.
Lucy  Kellaway has been a Non Executive Director at Admiral Group PLC and CMG Admiral Plc since  2006.
Read More