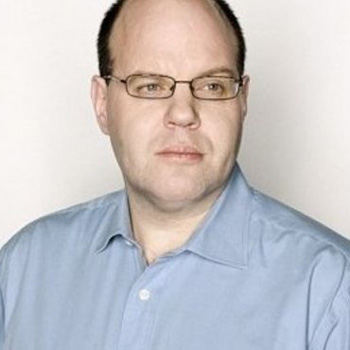 Mark Lawson is a journalist, broadcaster and author. He presents BBC Radio 4's arts magazine 'Front Row'.
He was born in 1962 and went to school at St Columba's College in St Albans and then on to University College London where he took a degree in English. One of his tutors was the celebrated novelist AS Byatt.
He has been a freelance contributor to numerous publications since 1984 and a Guardian columnist since 1995. In the mid-90s he presented The Late Show on BBC2 and has presented The Late Review since 1994. He has twice been voted TV critic of the Year and has won numerous awards for arts journalism.
His television work includes 'Mark Laswon Talks to' - a series of hour long interviews for BBC 4 , with such eclectic personalities as explorer Sir Ranulph Fiennes, the aforementioned AS Byatt and actresses Julie Walters and Jane Horrocks.
"In this (Front Row's) brilliant half-hour format, Mark Lawson talks to his audience as though we actually have more than two brain cells to rub together ..."  London Evening Standard
Read More