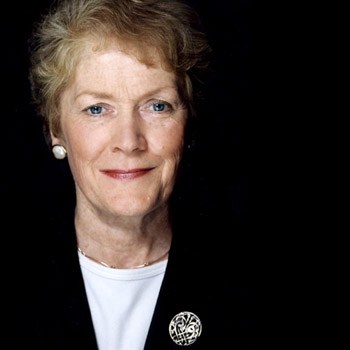 Sue MacGregor started her broadcasting career in South Africa. She first joined the BBC as a current affairs producer and then became a reporter on The World at One; subsequently she spent fifteen years as a presenter on Radio 4's Woman's Hour.

In 1984 she joined Today part-time as a presenter and then full-time in 1987 in partnership (variously) with Brian Redhead, John Humphrys, Peter Hobday and James Naughtie. Sue has also had her own interview programme on Radio 4, Conversation Piece.

In 1992 she was awarded the OBE for services to broadcasting.