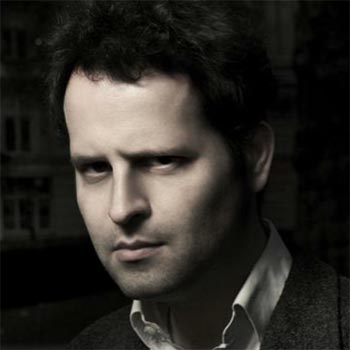 This is Going to Hurt, his “hilarious and heartbreaking” (Charlie Brooker), “blisteringly funny” (Jo Brand) memoirs from his former career as a junior doctor was published by Picador in September 2017. It received across-the-board critical acclaim and entered the Sunday Times best-seller list at number three. TV and film rights for the book have been sold and the book is being translated into eight languages.

Adam has talked about the book and the NHS on BBC Breakfast, Sky One’s The Russell Howard Hour, Jonathan Ross, and countless Radio 4 and 5 Live shows. His live show based on the diaries was an absolute sell-out at the Edinburgh Festival Fringe in 2016 and 2017, and then again at the Soho Theatre for a month-long, twice-extended run.

Adam is a hugely experienced, consummate corporate performer, having entertained at many private events, including Prince Harry's 30th birthday at St James’ Palace, as well as for Deloitte, The British Medical Association, Imperial College and hundreds of others. He is equally at home giving his hilarious take on medicine, or performing his award winning stand-up (which has over 20 million hits on YouTube).

His wealth of experience in the corporate sector, along with his smash hit book, makes him perfect for events – a comedian who is passionate and hugely knowledgeable about his subject matter, whilst unfailingly funny about it.

His material is extremely versatile, and can be clean, if preferred.
"Adam was unforgettable. The most entertaining speaker we‘ve ever had and thoroughly deserved his two standing ovations. Fantastic!"   Liverpool Medical Society
"Adam brought the house down we received really positive feedback from the clients attending and the media on the belly-laughs delivered. Secondly, Adam was a consummate professional throughout and charming when introduced to the client. And finally, Adam could not have been more helpful throughout the whole process."   Union Street PR
"The best act we have ever booked; his material, stage persona, delivery was excellent. It was a total pleasure to be in the presence of this individual; a consummate professional with clever material delivered on the nail, absolutely faultless. I am still receiving messages from people who attended asking when we can book him again. I can‘t praise him highly enough, I have never been a fan of musical stand ups but he totally changed my opinion of that; top bloke, lovely with it and I feel honoured to have been able to bring him to Gloucester and look forward to booking him again."   Gloucester Rugby Club
Read More