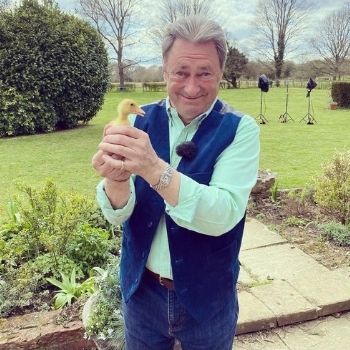 Alan is one of Britain's most well-known and best-loved gardeners & TV presenters, having fronted the BBC's hugely successful Ground Force and Gardener's World. He has twice been named Gardening Writer of the Year and currently contributes to The Daily Express and The Sunday Express and writes for BBC Gardeners' World Magazine.

Over the last forty years Alan has written more than fifty gardening books, several books on the countryside and other subjects as varied as The Queen’s houses and a Christmas anthology. He has also penned three volumes of memoirs. In 1998 he wrote his first novel – Mr MacGregor. Another nine novels followed and all ten have made the Sunday Times Bestseller List.

Alan has numerous TV apperances to his name. British Isles, a Natural History and The Nature of Britain were landmark series made for BBC1 and since then Alan has appeared on ITV in his own chat show: The Alan Titchmarsh Show, Love Your Garden, Love Your Home and Garden and Masterpiece – a quiz show of his own devising. He presented The BBC Proms for four years and has compered the Windsor pageants for Her Majesty The Queen’s Diamond Jubilee and 90th birthday celebrations.

He was honoured with an MBE in the 1999 New Year's Honours List.
Read More