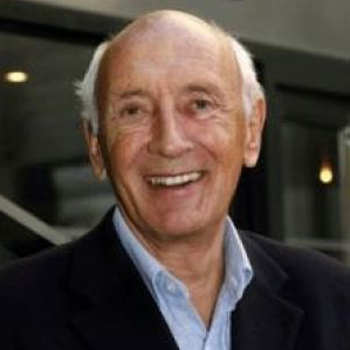 Although Motson and Davies were often portrayed as firm rivals, the pair said in a documentary on the history of commentary (presented by Davies) in January 2007 on Radio 4 that they had always had a good relationship and had regularly written congratulatory letters to each other when the other had been chosen for leading matches. Davies devotes a chapter, Motty and Me, in his autobiography, Interesting, Very Interesting (2007) to his disappointment at continually missing out on the big matches to Motson but insists there is "no animosity" between the pair.

He continues to work for the BBC on a freelance basis. He commentated on the 2008 Olympic Games in Beijing  and the London 2012 Olympics when he could be heard commentating on the women's hockey. He has also appeared as a guest panellist on the long-running BBC game show, Call My Bluff.

In 2007 Headline published his memoirs of 40 years in sports broadcasting, entitled 'Interesting, Very Interesting' after a commentary line from a match between Derby and Manchester City in the 1970s.

On 28 August 2007, he revealed on Hawksbee & Jacobs that he was a fan of Tottenham Hotspur. Davies said he did not want to be accused of bias, so did not want to reveal who he supported during his career, or even where he was born. With it now being the norm for commentators to reveal their favourite sides, Davies was possibly the last television football commentator to keep his loyalties to himself during his career; he revealed on a radio interview with Simon Mayo in 2007 (after he had retired from football commentary) that he supports non-league side Windsor & Eton.