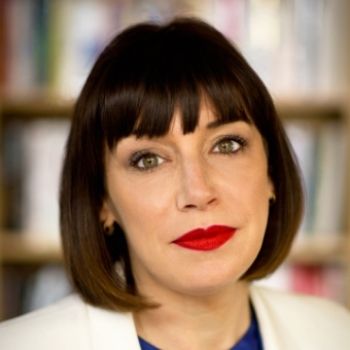 Beth Rigby is Sky News’ Political Editor and is the first women to ever hold the position.She is a leading face of the channel and is ever-present on our screens where she covers political news all around the country.

She joined Sky News in 2016 and covered the Brexit referendum, two general elections, the bitter Brexit wars and the Covid pandemic. Known for her no-nonsense questions and fearless interviewing style, she has sat down with all the country’s leading political figures, from Boris Johnson and Sir Keir Starmer to Nicola Sturgeon, Theresa May and Tony Blair. Beth was also the co-anchor for Sky’s overnight live election show and is a mainstay for Sky News biggest evening news bulletins, including its’ flagship ‘Ten O’Clock’ News.

Prior to joining Sky News, Beth was a print journalist for two nearly decades, both as a financial and political journalist. She spent over a decade as a financial journalist, covering hedge funds, the City, financial services, retailers and global consumer goods giants, winning industry awards for her coverage of the retail sector and hedge funds. In 2010 she moved onto the newspaper’s Westminster team as Chief Political Correspondent before being promoted to Deputy Political Editor in 2012. It was during these years that Beth covered the fall-out of the financial crash, the Scottish independence referendum, the first coalition government since the second world war and the 2015 general election.

Before joining Sky in 2016, Beth was a regular on the BBC and was a regular panellist on BBC1’s Sunday Politics Show and was a newspaper reviewer for the BBC News Channel. She has also appeared on the Daily Politics, Have I got News for You, Channel 4 News and GMB. Beth was also a regular presenter for Radio 4’s What the Papers Say and also anchored Week in Westminster. She also appeared on the Today programme, Broadcasting House, the Media Show and Women’s Hour and been a guest on the Scott Mills & Chris Stark Radio 5 live Saturday morning show.

A great host and speaker.