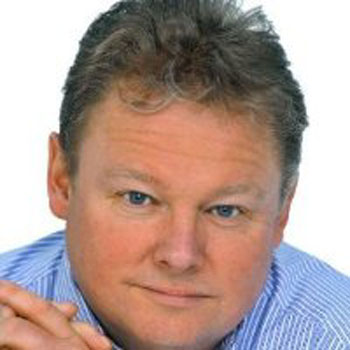 David started work in local radio in 1980. His early years were spent in programme production and presentation. Devonair Radio was his first station, moving to County Sound in Guildford and then to Invicta Radio in Kent. In 1986 he moved into television, joining TSW, the independent station for the South West. When the franchise expired in 1994, David did work for Anglia Television, then joined Sky News as an anchorman and started working for the corporate sector, presenting and producing commercial videos. However Sky wanted exclusivity and in 1996 he joined the staff.
From O J Simpson to Diana and Bosnia, David has been at the front of the news for over nine years. His uncanny knack for being in the right place at the 'wrong time' even got him into Trivial Pursuit as a question in the 1995 edition.
He was a long running member of the presentation team of Westcountry Challenge on ITV 1 Westcountry and is The Lord Taverner Quiz Master for the South West.
He has also produced series for the Carlton Television network on such diverse topics as farming, the Red Arrows, Devon & Cornwall Police and supermarkets. His last Red Arrow series won The International Olympic Committee's award of excellence.
He has written for Spitting Image and The Bill and has written children's books with Falklands Veteran, Simon Weston OBE. He is collaborating with Robert Dudley, a writer from Shaun the Sheep, on a series of four seasonal books and he is also a columnist with Northcliffe Newspapers.
He now works for BBC Radio Devon presenting The Interactive Lunch, occasionally appearing on Spotlight, the evening news programme. He is also a regular presenter for Inside Out and Children in Need.
Channel 4 featured David and his wife Karen in a programme called First Cut. An in-depth look at how to have a happy marriage! His advice was to 'try a new knob joke over breakfast every day'. He is still married.
BBC2 The Restaurant with Raymond Blanc also saw David, this time as a guest of the Earl and Countess of Arran in the final programme. Ever the diplomat, David was given Bean Risotto which had been burnt. His comment was left on the cutting room floor.
He now enjoys the after dinner circuit and works with the best stand up comedians. He has recently appeared on BBC 1 doing stand up for Comic Relief.
Read More