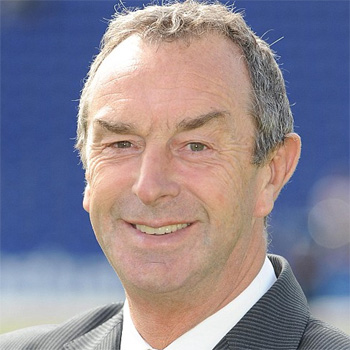 David Lloyd was England team coach  from 1995 to 1999 and has been a very popular sporting after dinner speaker for many years.

His true and extremely funny personal cricketing stories and anecdotes are garnered from a life spent as a professional cricketer and a glittering career during which he scored 20,000 runs (including 43 hundreds); took 247 wickets and held 360 catches.

Captain of Lancashire for five years, David played nine times for England with a top score of 214 not out against India in 1974. In his last match for Lancashire, he signed off in style by scoring a ton in 1983.

As head coach for Lancashire, he took them to great success in the one-day game before his present job as England coach which led to a series win against the Kiwi's in early 1997.

He played at one time for Cumberland before becoming a first-class umpire.

David has also been a much valued member of the BBCs Test match Special commentary team where his down to earth Lancastrian views and broad Northern vowels and provided the perfect counterpoint to the Southern element and is now a regular on Sky.

Known affectionately as Bumble, Accrington-born David continues to enrich and enliven the national cricket scene and the after dinner circuit.