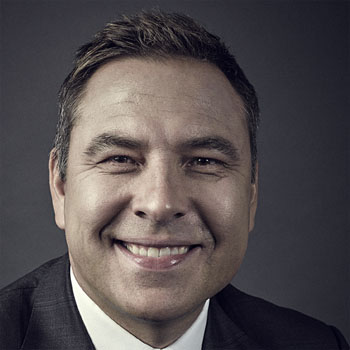 David Walliams - Actor, Comedian, Writer, and Television personality. David is best known for his partnership with Matt Lucas on the BBC One Sketch Comedy Shows "Little Britain" and " Come Fly With Me".

Since 2012, Walliams  has been a judge on the ITV talent show " Britain's Got Talent" He is also a writer of children's books, having sold more than 25 million copies worldwide.

Walliams began writing children's novels in 2008 after securing a contract with the publisher Harper Collins. His books have been translated into 53 languages,and he has been described as "the fastest growing children's author in the UK", with a literary style compared to that of Roald Dahl.

Seven of his books have been adapted into television films. Walliams was awarded an OBE for his services to charity and the arts, in 2017.

He has raised millions of pounds for the BBC Charity Sports Relief.

Who wouldn't want him at their corporate event?