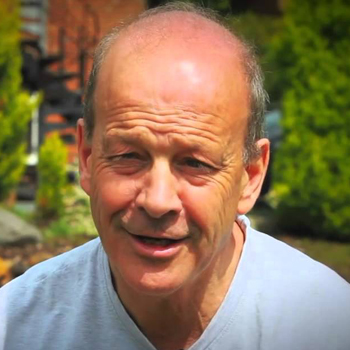 Mike Stroud is best known for his record-breaking expeditions with Sir Ranulph Fiennes. He first teamed up with Sir Ranulph in 1986 in attempts to become the first to make an unsupported journey on foot to the North Pole. After several attempts from both Arctic Canada and Siberia, including a record-breaking journey in 1990, which raised more than £2 million for the Multiple Sclerosis Society, they switched their attention to Antarctica and the South Pole. There in 1992 they succeeded in breaking several world records including:

The first unaided walk across Antarctica from coast to coast and the longest unsupported walk in history.

During the Trans-Antarctic trek, the two men covered more than 1400 miles without help from other men, animals or machines. They dragged their supplies and equipment across the frozen ice shelves, climbed the Polar plateau and descended one of the largest glacier systems in the world. The temperature was often as low as minus 50 degrees C, with winds in excess of 100 miles per hour. On his return in 1993 Mike was awarded the OBE for Human Endeavour and Services to Charity and the journey raised a further £2 million for the MS Society.

Mike's normal presentation is an account of this journey, describing both the physical and psychological hardships that he and Sir Ranulph endured. He then moves on the compare those difficulties with those met when he later led a UK team on the legendary 'Marathon of the Sands' a Sahara multi-marathon. More recently still, he describes his experiences in two ultra-distance 'Eco-Challenge' adventure races. These are gruelling team races in which contestants use many skills such as climbing, skiing, canoeing, riding, whitewater rafting and mountain biking.

On one of these events, in the mountains of Western Canada, Mike led a team called 'Fit For Life' which included Sir Ranulph Fiennes, Rebecca Stephens MBE and Mike's 72 year old father Vic.

Mike's talks are illustrated with a stunning collection of slides from his major expeditions and his ultra-endurance races. The topics lend themselves particularly well to motivational themes but can relate to teamwork, planning and adapting to change.

Mike Stroud studied at the University of London and qualified as a doctor in 1979. In 1990, he became involved in full time research investigating endurance fitness, nutrition and the problems that people face when they need to work and survive in extreme conditions. He became a Senior Medical Officer at the Army Personnel Research Establishment and then the Chief Scientist at the Defence Research Agency, Centre for Human Sciences in Farnborough. He returned to full-time medicine and is now a Senior Lecturer in Medicine & Nutrition at the University of Southampton and a Consultant Physician in the Southampton University Hospitals Trust. He is the author of two books 'Shadows On The Wasteland', documenting his crossing of Antarctica and 'Survival of the Fittest', about the relationship between nutrition and exercise, and getting the best out of your body.