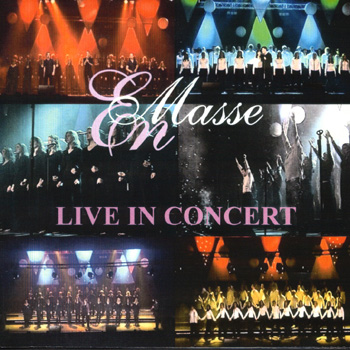 En Masse are a fifty strong pop/soul choir formed in 1996 by Robin Gair. They perform regularly to capacity audiences and they are recording artistes in their own right having produced two CD singles and two Albums.

To the uninitiated, En Masse may sound more like a relgious cult than the South's premier singing group. En masse know how to put on a show. They have graduated from the pub circuit to packed out theatres and this year there engagements include concert performances at the London Palladium, Southampton Mayflower Theatre and Salisbury City Hall. Only recently they performed on the Mike Osman, Naughty but Nice tour encompassing over 10 different cities.

Songs performed range from Abba, The Beatles, through to Robbie Williams, S Club 7 and Westlife.