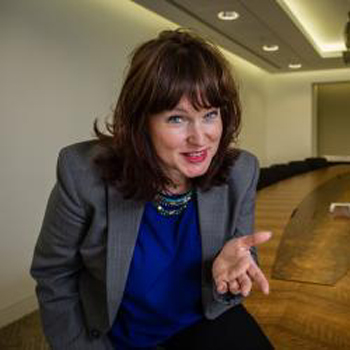 Esther Stanhope began her media career in television and worked at the BBC for 20 years. An experienced “Live” BBC producer, Speaker and Impact Coach, Esther has worked with many Hollywood stars and ‘Big’ names and personalities.  She knows just how to get the best performance out of absolutely anyone. (She’s interviewed Madonna and George Clooney and been producer for Boris Johnson).

Esther now uses her expertise to help her corporate clients to communicate better. Global organisations including Deloitte, JP Morgan and Barclays, have worked with her, and she has also helped Cambridge University, several international law firms, and MPs at The House of Commons, with techniques to successfully win over their audiences.

Esther has successfully helped her clients to make more impact and have more confidence in meetings, presentations, conversations, conferences and networking events.   She also speaks at company awaydays, conferences and Women's Networking events about personal impact, confidence and charisma. She's a regular at Mumsnet Workfest - helping women get their Mojo back when they want to get back to work and she's inspired 100's of women in business to raise their profile by speaking with confidence in front of audiences.

She is a fantastic motivational speaker, and has been invited to speak at events all over the world.  She also appears regularly in the media.