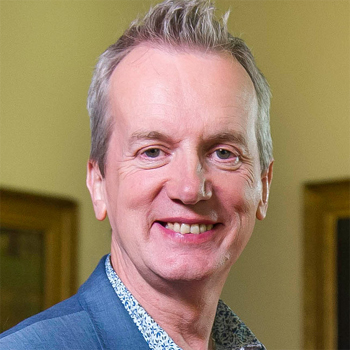 Frank Skinner's journey to millionaire entertainer has been one of rags to riches. Born Chris Collins in the West Midlands suburb of Oldbury, his destiny appeared to be a life working in one the region's many factories.  He was expelled from school at 16 over a money-making school meal scam. As he admits: "All I did was find where they dumped the old meal tickets and sold them on cheap to other kids. I'm not ashamed of it, it seemed like an honourable, Robin Hood kind of thing to do.

"He started work at the local foundry, but decided it wasn't for him. "We hammered lumps of metal into shape," he recalls. "Everyone there was deaf and had three fingers." So he sought an escape through education - enrolling at night school for A-levels, followed by an English degree, and finally an MA.

It was during this time that he made his first tentative forays into show business, "I entered a John Wayne impersonation competition at a Midlands nightclub"  he recalled."And I won".  He sang in a Stones-style band called Olde English, and in a punk combo The Prefects, but it was a 1986 visit to the Edinburgh festival that inspired him to begin a career as a stand-up.

His first gig, in 1987, was at the Birmingham Anglers' Association. "I died on my arse," he recalls. And, as actors' union Equity had another Chris Collins on their books, the fledgling comic had to choose another name. He stole the moniker Frank Skinner from a man in his dad's pub dominoes team.

A four-year slog through the circuit finally paid off in 1991 when, back in Edinburgh, he won the prestigious Perrier Award ahead of some seriously talented competition, including Eddie Izzard and Jack Dee. The prize gave him some hard-earned recognition, and landed him a host of TV roles to supplement his constant live work.

He met and befriended David Baddiel on the stand-up circuit, who would become his flatmate and, later, collaborator. The partnership led to the best moment of Frank's life, hearing the Three Lions anthem they co-wrote being sung by fans at Wembley.

The duo continued to work together, and in 1998 took their Unplanned show to the Edinburgh fringe. The show proved such a success, that it transferred to TV and the West End.

While working with Baddiel, Skinner also developed his solo career, working on his stand-up and becoming an accomplished chat show host on BBC1.  He returned to stand-up in 2007 after a ten year absence, in a show that was nominated for best theatre tour in the 2008 Chortle awards.

He is the host of Frank Skinner's Opinionated on BBC2, he has a regular column in The Times and since January 2012 has been the host of 'Room 101' on BBC.