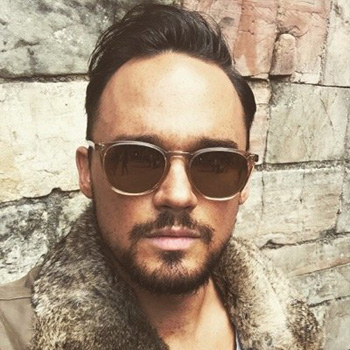 Gareth Gates always knew he wanted to be a performer. As a young boy he was head chorister for Bradford Cathedral Choir, performing solo for the Queen in 1997. He has a natural gift for music and as well as being a faultless vocalist, he plays piano and guitar to a high standard.
In 2002 Gareth was famously runner up to Will Young in the UK's first Pop Idol. Instead of disappearing into 'Pop Oblivion' he carved out a very successful career for himself, having hits and travelling worldwide.
In the UK alone Gareth sold 3.5 million records, released 3 albums and had 4 UK number 1 singles. He won record of the year in 2002 with 'Unchained Melody'. He was only beaten for best selling single of the decade by Will Young with the song Evergreen.
Outside of the UK Gareth was awarded Best International Male in 2003/4 from MTV Asia, MTV China and MTV Taiwan.
Gareth has struggled with his speech something that had been a challenge for many years. After the Pop Idol audition he decided to take positive action and enrolled on the McGuire Programme. This changed his life, both personally and professionally. From being unable to partake in a pre-recorded interview without agonising discomfort he appeared on the Jonathan Ross show in 2007 and showed the charming and amusing side. Before the speech therapy programme this wouldn't have been possible.  Gareth has since trained and is a qualified course instructor but still has to work on his speech on a daily basis.
On 2008 Gareth took part in Dancing on Ice on ITV1, in front of millions of viewers. He came fourth in the competition - not bad for someone who couldn't even stand up on the ice at the beginning!
Post Dancing on Ice he accepted the lead role in 'Joseph And His Amazing Technicolor Dreamcoat',  and tackled his first pantomime as Prince Charming, in Cinderella at the Wimbledon Theatre, alongside Alistair McGowan.
In 2009 Gareth auditioned and impressed Sir Cameron Mackintosh, which lead to the role of Marius, in the 25th anniversary sell-out UK tour of Les Miserables. he then played the role in the West End.
In 2012 he featured in the moving BBC3 documentary Stop My Stutter, teaching young people the McGuire technique to help them change their lives.
For corporate events Gareth can perform with a live band, acoustically or to backing tracks.
Read More