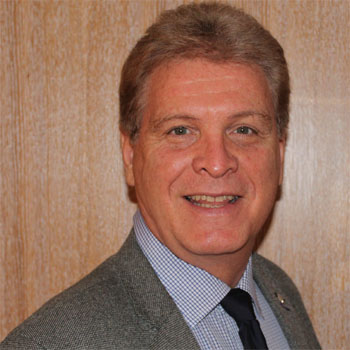 After earning a Master’s Degree in music, he began his career starring at the world famous Las Vegas and Paris Lido shows and has not stopped performing on stage, television, radio, and cruise ships around the world ever since. He created spectacular production shows for Costa Cruise Lines during his 8-year tenure as their Head of Entertainment and has  collaborated  with Cirque du Soleil for MSC. Since leaving MSC Cruises in late 2020 Gary has been busy preparing his third book for publication, translating his comedy plays into various languages for production, and working as an entertainment consultant for a variety of cruise companies and land-based enterprises.

He has authored 2 award-winning books and is now on his 3rd, written several plays and magazine articles as well as composing and writing lyrics for a string of musical successes. Fluent in 8 European languages, Gary is an accomplished presenter, gifted lecturer/after-dinner speaker, talented pianist and singer, and a truly all-round entertainer.  In addition to his professional work, Gary runs a sanctuary for abused and abandoned animals in northern Italy.

His talks on these celebrities and the stars of Hollywood’s Golden Era he knew personally are both funny and revealing.  His years in the cruising industry, his work in animal welfare, and his travels to all parts of the globe are also great topics to hear Gary speak on.

Gary is a real Renaissance man where his skills in all areas of DIY and country life mix seamlessly with his sketching, painting, writing and composing, so one minute may find him building a wall, sawing up fire wood or milking a goat, and minutes later see him preparing a vegetarian feast for family and friends, writing a chapter for his latest book, or sketching the façade of a Baroque building.

Whether he is presenting a show in anywhere from 1 to 8 languages, singing a popular ballad, performing a piano recital or delighting audiences with one of his many talks, Gary is a natural communicator, full of enthusiasm, energy and deep understanding of human nature.

A great corporate choice - some talks he speaks on as below:

The History of Cruising

Cruising Today: something for everyone

“Always Room for One More”: Anecdotes about running an animal sanctuary and its colourful creatures

The D-day Beaches of Normandy

The Norman-British Links through the Ages

The “Auld Alliance” between France and Scotland

The Amusing Side of Greek Mythology

The Tricks and Fun in Learning “Survival” Italian, Spanish, French or German.

Historical, Cultural and Touristic Lectures on Greece (ancient and modern), Rome (ancient and modern), Norway & its fjords, Capitals of the Baltic, The Canary Islands, Madeira, Malaga & Andalucia, Istanbul, Ephesus, Monte Carlo, Barcelona, Casablanca, Venice, Lisbon, Messina and the Straits of Messina, the ports of Great Britain and Ireland, and others

How to Live Abroad Happily.