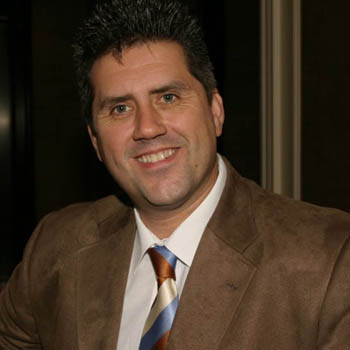 Gary is a third generation comedian, son of the late great Jimmy Marshall, of Granada TV's 'The Comedians' fame.

He turned pro in 1987 and toured with several comedians shows, acting as compere as well as throwing in the odd gag of his own to serve his apprenticeship. He later toured with The Drifters at top venues such as Wembley Conference Centre, Sunderland Ernpire, Sheffield City Hall and the Glasgow Empire.

Gary has worked the length and breadth of the country, as well as entertaining the troops in Germany, Holland, Dubai, Muscat and Cyprus.

His TV credits include Sky TV's 'Stand and Deliver', ITV's 'Big Big Talent Show', Sky TV's 'The Comedians' and 'New Comedians', Bushell on the Box and Gary Bushell's 'Gaggin' for It!'

Gary is a popular choice for Sporting Dinners and has spoke at many top football clubs .... Man.Utd, Blackburn, Aston Villa, Leicester, Wolves, Derby, Burnley, Sheffield Utd.  and Sheffield Wednesday to name but a few.

"On behalf of the President of the Club and the Committee and members not to mention the distinguished guest we had at last nights Club dinner can I thank you for your after dinner speech. We had the current President of the RFU. Past presidents of the RFU and a host of County RFU guests and the overwhelming feedback has been that you were the best we have had at the Club and many people said you were one of the best they have heard at any Dinner. Overall the night was going superbly well and you topped it all. I even had one player go out of the room because he needed to give his face a rest as it was hurting from the laughing he was doing. Fantastic content, delivery and length. Memorable."  Tamworth Rugby Union Football Club - April 2014

"Gary was great! He went down very well with our audience and I would thoroughly recommend him. We will no doubt use him again."  BPL Business Media - June 2012