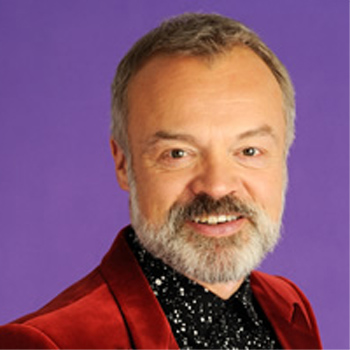 Graham is one of the best known presenters on British Television. His channel 4 chat shows 'So Graham Norton' and 'V Graham Norton' became some of the channel's highest rated shows and picked up nearly every award going, including four Baftas.
Graham made his broadcasting debut in the early 1990s on BBC Radio 4's 'Loose Ends'. When Channel 5 started Graham was one of its earliest stars, winning an award for his work standing in for Jack Docherty on a late night chat show.
He then hosted a comedy quiz show 'Bring Me the Head of Light Entertainment'and another quiz show, Carnal Knowledge, with Maria McErlane.
In 1996 Graham appeared in three episodes of 'Father Ted'.
He hosted the BBC's Saturday evening series Strictly Dance Fever and Graham Norton's Bigger Picture.
In 2006 he hosted 'How Do You Solve A Problem Like Maria?' on the BBC - a public search for an actress to play the lead in Andrew Lloyd Webber's version of The Sound of Music.
He then hosted the follow-ups 'Any Dream Will Do' (for a role in Joseph and His Amazing Technicolour Dreamcoat) and 'I'd Do Anything' (Oliver!).
He co-hosted the annual Eurovision Dance Contest in 2007 and 2008, when it was announced that he would replace Terry Wogan presenting the Eurovision Song Contest preliminaries and the actual Eurovision Song Contest.
Graham featured in the Comic Relief video of the Sugababes and Girls Aloud single - a cover of Aerosmith's 'Walk This Way'.
In 2009, Graham mad his West End stage debut, in La Cage Aux Folles.
He is currently in The Graham Norton Show  on Friday nights on BBC1 and is also hosting his own Saturday morning show on Radio 2.
Read More