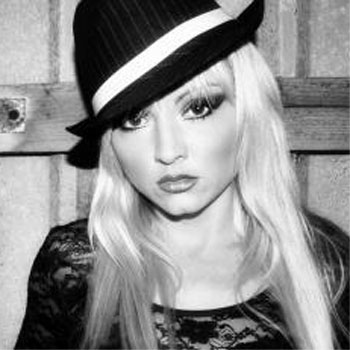 A Lancashire lass through and through, Hayley started her career at an early age.

At the age of 11, she was the youngest person to pass GCSE Drama and Theatre Studies, and from that day on she knew exactly what she wanted to do.

An extremely versatile all-round performer vocalist, actress and dancer she has also developed additional skills including magic, juggling, street performance, and is an experienced DJ and presenter.  She has been a compere for Darius Danesh, Kavanah and 911 and as DJ she supported Radio One's DJ Spoony and Edith Bowman.

After deciding to concentrate on a career as a vocalist, Hayley has performed all over the world. She's performed on cruise ships and at 5 star resorts in the Dominican Republic, Egypt and Turkey.

Although she is best known now as a vocalist Hayley is very much an all-round performer and enjoys being on stage as her performances in pantomime show. She's played Jill in 'Mother Goose', Princess Bonnie in 'Sleeping Beauty', the Genie of the Lamp in 'Aladdin' and has taken the title role in 'Cinderella'.

Her hard work and dedication led to her being booked as supporting artiste to Billy Ocean and she has also supported Kele le Rock, Gareth Gates, Andy Scott Lee, Chesney Hawkes and Katrina and the Waves.

She performs 2 x 45 minute vocal cabaret sets which are idea for corporate entertainment and she is developing a Kylie tribute show.