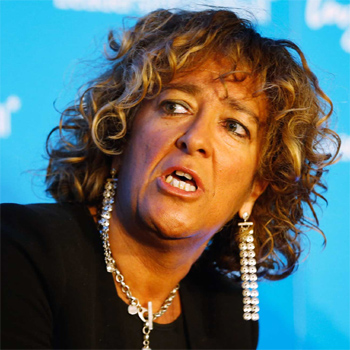 Heather Rabbatts is the former Executive Chairwoman of Millwall Football Club. She saw the role in three parts: spearheading regeneration in the local area, modernising a stock market listed company and transforming a football club with a challenging reputation.
The Jamaican-born British lawyer, businesswoman, and broadcaster rose to prominence as CEO of the London Borough of Lambeth, which was, at the time, regarded as the worst job in local government. She introduced a more dynamic culture - with new efforts in housing, education and council tax collection - before moving to Channel 4 as Head of Education.
Heather is currently a Non-Executive Director of Grosvenor, one of the UK's biggest landlords, and head of the audit committee at Cross London Rail Links (Crossrail). She has also served as a Governor of the BBC and the LSE, a Trustee of the British Council and an associate of The King's Fund, and a non-Executive Director of the Bank of England.
Heather speaks on leading and managing change in the most demanding of environments.
Read More