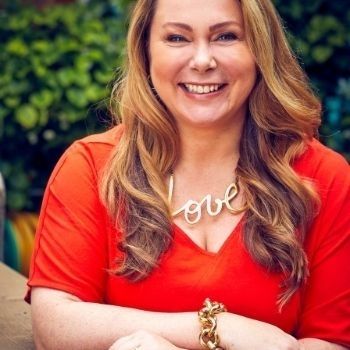 Holly Tucker is many things; mother, MBE, founder, philanthropist, ambassador; but the thing she is above all, is passionate. Founder ofnotonthehighstreet.com and now Holly & Co, Holly has made small business her lifeblood.

Holly says, “for as long as I can remember, I’ve marched to the beat of a different drum. Throughout my life, I’ve been eternally inspired by the talent, creativity and determination of the makers and creators who bring so much colour to a grey world.”

In 2003, Holly started ‘Your Local Fair’ in Chiswick, west London, after a fruitless search for a place to sell her ‘less ordinary’ wreaths. Inspired by thesight of creative businesses selling side by side, an idea was sparked.

Indeed, Holly made it her life’s mission to help this remarkable group;creating notonthehighstreet.com to give small businesses a collective home, where their products could proudly sit alongside fellow makers, and find their way to loving homes around the world.

Thirteen years, 5,000 brilliant businesses and millions of happy customerslater, Holly was set to do it all over again. In 2015, she founded Holly & Co, a new business that exists both on and off the high street.

As well as being a coffee shop that changes monthly to support creative groups and industries, Holly & Co is also a brand consultancy specialising in creative businesses. The digital side of the brand is a fully accessible advice and inspiration hub; aimed at supporting those she calls the dreamers, dabblers and doers, the makers and creators, at all stages of the small business journey.

Holly adds, “Holly & Co is a place where weaknesses are celebrated as much as strengths; where you can be your whole creative self, nurture your skills and allow your business to blossom - whether it’s still a seed, or a well rooted tree. We’re here for the whole journey.Holly & Co are the tireless cheerleaders for creative small businesses, for now and forevermore; encouraging dreamers to become doers, inspiring new ideas and helping people live more colourfully.”

Holly’s dedication and contribution to business has been recognised through a number of awards over the years, most notably by her MBE for services to small businesses and enterprise as part of Her Majesty The Queen’s Birthday Honours List in June 2013, as well as her appointment as the UK Ambassador for Creative Small Businesses by the Prime Minister in 2015

Other awards include: Entrepreneurial Woman of the Future Award, EY Entrepreneur of the Year (London and South Region winner 2014) , Management Today 35 Women Under 35 Award, Media Momentum Women of the Year, The Google Award for Women in Digital at the Digital Masters Awards, and many more.

Holly believes that everyone has the potential to live their very own ‘Good Life’, and so in 2012, she published first first book with NOTHS co-founder, Sophie Cornish, titled ‘Build A Business From Your Kitchen Table’, which topped the Amazon and Sunday Times Business bestseller charts. Their follow-up book, ‘Shape Up Your Business’, published in 2014, achieved equal success.

Having founded the immersive brand Holly & Co to help small businesses through the highs and lows of their business journeys, she is leading the campaign for change by redefining what it means to be a ‘small business’, encouraging more women to start their own businesses, as well as empowering our young with the skills to thrive in the new working world they are entering.

Her annual event, the 'Congregation of Inspiration', has to be seen to be believed. Think a mass-participation sing-along to your favourite feel-good tunes, an explosion of creativity and a place to both be yourself and chase your dreams.

Holly also has a Sunday Times best-selling book ‘Do What You Love, Love What You Do’ deemed to be the new business-bible, in which Holly looks back at her own story, sharing her biggest lessons and proven advice on creating and growing a business. From side hustle to full-time, from defeating your confidence gremlins to creating an empowered community, Holly reveals both the skills and the mindset any founder needs to help their business thrive.

A book like no other, ‘Do What You Love, Love What You Do’ also shines a light on the creative community, showcasing the brilliant and unique output of small businesses, inspiring you to join them in their success.