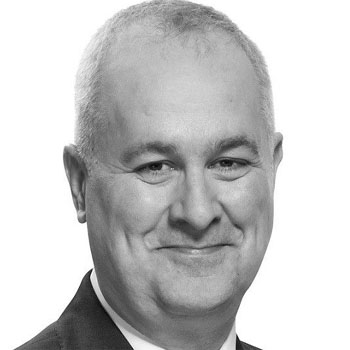 Iain Dale is one of Britain’s leading political commentators and also bloggers! He has been a contributing editor for GQ Magazine and currently writes for various national newspapers and magazines, including the Guardian, the Independent, the New Statesman, the Spectator and Attitude.

Iain is also the founder of Total Politics magazine and was the brains behind Politico’s Bookstore. In 2009, he founded Britain’s leading political publisher, Biteback Publishing and since then has published more than 600 books including Power Trip, Call me Dave: The Unauthorised Biography of David Cameron and The Alastair Campbell Diaries.

2018 saw a move from the company to concentrate on his up and coming broadcasting career. Currently he presents the Drivetime show on LBC Radio. He was named Radio Presenter of the Year for 2013 & 2016 at the Arqiva Awards. He has also co-presented LBC’s seven hour long general election night programme in 2010, 2015 and 2017.

He is also a panellist three days a week on CNN Talk on CNN International, with Max Foster, Liam Halligan and Ayesha Hazarika.

He is a regular contributor to Newsnight, the Andrew Marr Show, the Daily/Sunday Politics and The Wright Stuff. Most recently he appears on the Jeremy Vine Show. A busy man!

He has also appeared on Question Time and Have I Got News For You.

Iain is also the creator and co-presenter of the For the Many podcast, which he records with former Home Secretary Jacqui Smith.

2020 saw the release of Iain's new book published by Harper Collins: Why Can’t We All Just Get Along: Shout Less, Listen More

The book has received some fantastic pre-publication praise from household names:

‘There are very few commentators and broadcasters with an instinctive feel for real politics – who feel the passions, and who understand the flaws and the strengths of the players from the inside, with proper empathy. Iain Dale does, which makes him endlessly listenable-to and peerless. For many political-addicts, he is their warm but watchful friend.’ Andrew Marr

‘Iain Dale is that rare beast – a forensic and mischievous interviewer with a deep sense of humanity and kindness beneath the brilliant probing. His interviews yield light as well as heat – and he has a genuine ability to step away from his own zone – to see things from a much needed, alternative perspective.’ Emily Maitlis

‘Smart, funny, and always on it, he makes me feel happier and cleverer every time I hear him speak. Watch Iain Dale open the kimono ― can I rephrase that?’ Jeremy Vine

A perfect speaker for corporate events