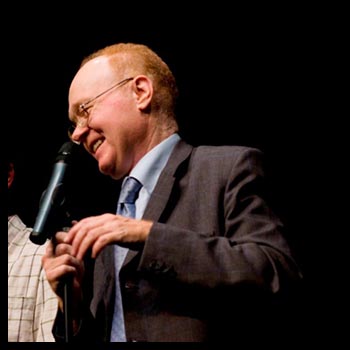 Corporate entertainer, magician and mind reader, Ian has been entertaining audiences for over 20 years with his humourous presentations and by encouraging audience participation.
Ian performs feats of mind reading that will have you worrying how he did it long after you have stopped laughing. Cards merely thought of appear in sealed envelopes; one word chosen from an entire newspaper is correctly predicted; a spectator's watch moves to a selected time. But this is merely the appetiser.

Ian then permits two members of his audience to try their own hand at the psychic guessing game - using their own money and a box of matches. Their abilities are less successful and what follows is one of the funniest pieces of comedy you are likely to witness: suffice to say that everybody watching are convinced that somehow Ian has hypnotised his volunteers into behaving so hilariously. So much so that he his often accused of using stooges.

Ian carries no props on stage with him and looks like a conventional business man. He segues effortlessly into his unique performance, catching the audience out not only with his mind reading skills but also turning on their head any preconceived conceptions they might have of a conventional speaker.
"Ian went down very well with the audience and the client!  Please pass on our thanks to him - we were delighted with his performance at the gala dinner."  The Conference People - July 2011
Read More