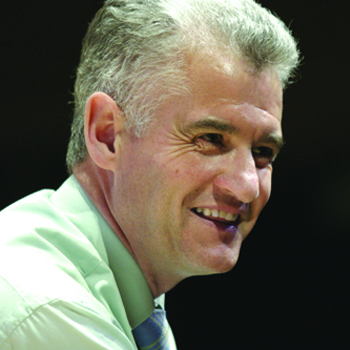 In the 1980s, Jack Black was a social worker in the underprivileged East End of Glasgow. After seeing two colleagues destroy their health through the stress of work whilst only in their 40s, and then experiencing a similar collapse himself, he decided to discover how stress could be managed and personal development harnessed to allow people to fulfil their potential. MindStore was the culmination of his findings and now Jack is recognised as one of the UK's leading authorities on personal development and is an internationally renowned keynote speaker.

Jack's motivating presentation style moves his audience to make massive changes in their way of thinking, whilst inspiring and entertaining. His contribution to innovating change within organisations throughout the UK and Europe has created a reputation that is second to none. Jack has taught the "MindStore" programme to business leaders and top entrepreneurs as well as to world champion athletes, premier football clubs, company directors, musicians, engineers, members of the general public and a wide range of organisations and blue chip companies.

Famous for his inimitable presentation style and charisma Jack is in constant demand from national newspapers, magazines, TV and Radio stations to explain the secrets behind his formula for success. He has written two best-selling books, both published by HarperCollins.

A founder member of the Entrepreneurial Exchange, in 1996 Jack was nominated by the Scotsman newspaper as "one of the top individuals to shape our nation".  More recently Jack has worked with international leaders in the field of performance coaching, creating leading edge approaches to personal and organisational development.  Although he has a busy schedule, he still manages to fit in conference presentations as well as charity work.