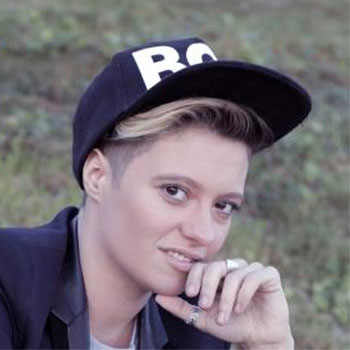 Jack started writing her blog, “A Girl Called Jack”, in February 2012, in response to a local counsellor who claimed that ‘druggies, drunks and single mums are ruining the High Street.’ This local politics blog developed into budget food recipes, which were picked up with interest by the national press as she detailed living with her son on a food budget of just £10 a week.

She describes the Daily Telegraph article by Xanthe Clay, ‘My 49p Lunch With A Girl Called Jack’, as the moment that changed her life.

Her first cookbook, A Girl Called Jack, was published in 2014, and went straight to the top of the paperback charts. Her second cookbook came out in October 2014.

Jack is an active campaigner, fronting a petition with Unite, The Trussell Trust and The Mirror demanding politicians debate the causes of foodbank use and hunger in Britain. Within 4 days the first petition had secured 100,000 signatures, and the debate was held in the House Of Commons three weeks later.Jack is also an ambassador for Oxfam.

Jack is an out lesbian woman, and in 2014 was listed in The Independent On Sunday’s Pink List at number 19. She has appeared on the front cover of Diva magazine, and contributed to several issues. She came out publicly in 2013.

Jack has written a weekly recipe column for The Guardian, and regularly contributes as a political journalist to The Mirror, The Independent and The Guardian. She is a regular on the Sky News sofa, Channel 4 and BBC radio, commenting on food, politics, and current affairs.