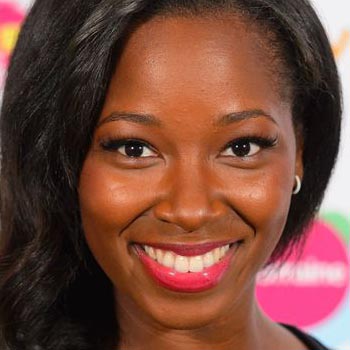 One of Britain's most successful black female entertainers, Birmingham-born singer Jamelia's career has spanned over ten years.  She was signed straight out of school at the age of 15 to Parlophone, after impressing record executives with self-written a cappella songs.

This was followed by another top 10 hit - "Stop" the theme for the second Bridget Jones film.

Her UK success was emulated in Europe where she was a continual serious chart presence, and in Australia and New Zealand where she reached No 1.

Jamelia swept the board at the MOBOs winning four awards, including "Best UK Act".  She won the Q awards for "Best Single" for "See It In A Boy's Eyes" and was praised by Bono and Elton John.  Almost immediately after that she was signed by the prestigious modelling agency ICM and swiftly got her first contract as the face/legs of Pretty Polly and also a high profile contract with Reebok.

She has strutted her stuff on the catwalk every year since 2007 for her UK model friend and counterpart, Naomi Campbell and her Fashion for Relief show.

In 2008 Jamelia fronted her own ethnic haircare range "Model Me".

Jamelia also works with ActionAid, the Princes Trust and the Food Aid branch of the UN, visiting Kenya and Uganda.

2009 saw Jamelia take on TV, writing her own documentary for BBC3 on ethical hair extensions, when she traveled to Russia and India. She was also one of the judges on BBC3's "Move Like Michael Jackson".

Jamelia has been privileged to meet Nelson Mandela and perform for him.