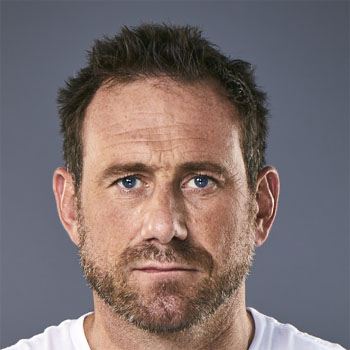 Jason Fox is a former Royal Marine Commando and Special Forces Sergeant. He has gone on to work in film and television both behind and in front of the camera, giving the audience a taste of action and adventure around the world.

Jason co-founded the charity, Rock 2 Recovery; the charity helps works to fight against stress in our armed forces, veterans and their families. He is also an ambassador for Veterans 4 Wildlife that supports the prevention of wildlife crime and has lent support to Movember to raise awareness for prostate cancer.

After leaving the service Jason was one of the divers that found the lost treasure of Captain Kidd – one of the most prolific pirates of the 17th century – just off the coast of Madagascar.

On top of his TV work, Jason is highly in the demand in the corporate world through which he provides keynote speeches and live experiences. He regularly leads and motivates teams in pressurised environments, designing packages for the ultimate team building exercise including being put thorough challenging and gruelling Special Forces Drills.

In 2016, Jason was part of the twice world record winning team, Essence, to complete a never been done before row across the Atlantic in aid of the NSPCC.