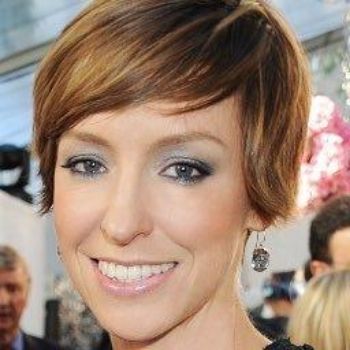 Jo Elvin is a multi award-winning editor who has launched some of Britain’s most successful magazines. Having arrived in  UK from her native Australia in 1992, with a two-line CV and £400 she slowly worked her way up through the ranks to become one of the country’s most respected editors.

Jo is most well known for being the editor in chief of Glamour which was a title she launched in 2001 that rapidly became the biggest-selling women’s magazine in the UK and Europe. Glamour was a trailblazer under Jo’s leadership and was the first magazine in Europe to launch in the innovative ‘handbag-size’. Jo also launched two major franchises for Glamour, the internationally-renowned Glamour Women of the Year Awards, which in its 14 years, attracted every A-list you can think of to its London stage. She also created the Glamour Beauty Festival - the world’s first ‘beauty theme park’, in a successful venture that has been rolled out to three other countries.

Before Glamour, Jo packed her career full of journalistic experience becoming the editor of New Woman and the launch editor of Sugar magazine which was another title that exceeded the 500k sales mark and became an instant, market-leading hit.

Jo is currently the editor in chief of You magazine, the glossy magazine from the Mail on Sunday. With a readership of 2 million a week, it is the most-read women’s magazine in the country.

She is also the host of the hit podcast, Is It Just Me, where Jo and her co-host James Williams, together with a celebrity guest, pick over the hilarious social hang-ups we all have.. The podcast has had over 1million downloads to date and regularly tops the itunes Arts chart.

Jo is also a regular on our TV screens, having been a presenter for celebrity interviews and fashion commentary for shows such as This Morning and Lorraine. She is often called upon for expert opinions on a range of subjects and as such has appeared as a panellist on shows such as The Apprentice: You’re Fired.

Jo is an entertaining and inspiring keynote speaker and particularly loves motivating young people to overcome their fears and just go for what they want in life.

She is also regularly asked to speak at conferences and corporate events about the magazine business, building and developing a successful career while finding the right work/life balance and the mad (and often soul-destroying) world of celebrity and the controversial issues surrounding magazine culture. In more general terms she can talk about building and developing brands and the constant need to innovate and evolve.