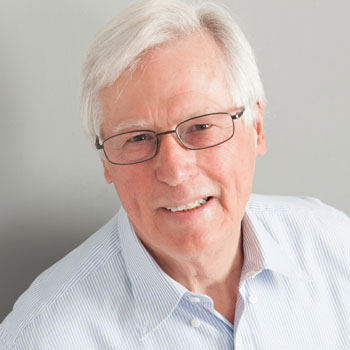 In November 1996, the Royal Television Society elected him a member of its exclusive Hall of Fame, "in recognition of an outstanding contribution to British television."
Born in Leeds, John started his in career journalism with the Harrogate Advertiser and later wrote for The Yorkshire Post and several national newspapers before joining the BBC in Newcastle upon Tyne as a newswriter. He moved to Bristol as a reporter with regional television and in 1971 made his debut as a network television presenter, on the current affairs show "Search".
The following year came the launch of "John Craven's Newsround" the first television news bulletin in the world to report directly to children, though millions of adults tuned in as well. John stayed for more than 3,000 editions, spending 17 years with the programme and filming special reports from more than 40 countries. For ten years, he was also one of the main presenters on Saturday morning television.
"Countryfile" takes up much of John's time, but he makes guest appearances on many radio and television programmes.  When not on television, John is busy with corporate work, after-dinner speaking engagements and personal appearances.
During his career, John and his programmes have received many awards, including two BAFTAs, and a TV Times Award. He also received a Gotcha Oscar from his old friend from Saturday morning television, Noel Edmonds.

"John was a real star and charmed us all. I think he may have even enjoyed himself too!"  Bromley Council on John Craven who attended their Environmental Awards