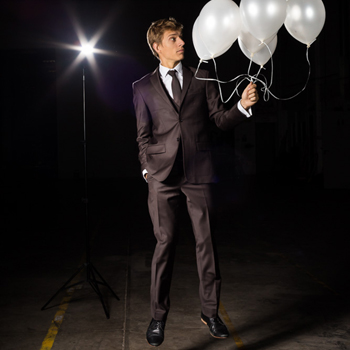 There are jugglers. There are comedians. And there is Jon Udry.

Jon combines the two to such a brilliant effect that his unique performance has his audience roaring with laughter from entrance to the final curtain.

Formerly the British Young Juggler Of The Year, Jon’s skills and stage persona have brought his show onto various television and radio shows, as well as being a regular on the bill at prestigious festivals like Glastonbury.

Jon travels internationally, working on a host of luxury cruise lines, at festivals and events, and - due to his unique comedy style - his show is also at home on the domestic comedy club circuit.

Jon’s repertoire is not the normal type of speciality act - instead, it’s young, offbeat, quirky and hugely impressive. His current show ‘Jon Udry Punches Gravity in the Face’ is quickly becoming his most successful to date with a host of bookings around the UK, Europe and beyond.