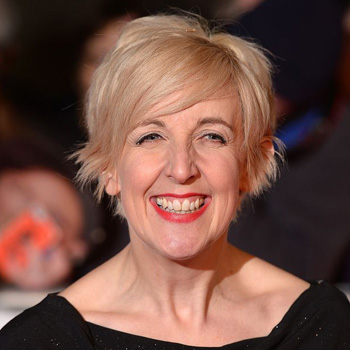 Julie was born and raised in Church, Accrington, and went to Moorhead High School where she later became head girl.
A woman with a strong social conscience, Julie originally wanted to be a social worker. She was an amateur actress with the Oswaldtwistle Players and studied A-level Theatre Studies at Accrington and Rossendale College. Fate took a turn when she took an audition for drama school to be with her friends. It landed her a place at LAMDA, where she studied from 1988-1991.
After graduating she set up a theatre company, Arts Threshold, with a group of friends in Paddington, London, eventually leading to TV roles in The Bill, the Catherine Cookson drama The Dwelling Place, a care home worker in Victoria Wood's comedy film Pat and Margaret and, just prior to Coronation Street, as an animal rights protestor in Dalziel & Pascoe. She was spotted by the Corrie casting crew whilst playing in "Much Ado About Nothing" in the Royal Exchange theatre in Manchester, playing the dual roles of a maid and a night watchman.

Hayley was originally only intended to be short-term, as a love interest for Roy, but tremendous positive public reaction to Hayley, and her on-screen chemistry with Roy, convinced the producers to bring her back as a regular cast member in June 1998, which is a great tribute to the warmth and presence of Julie's performance.

When out of costume, Julie is quite unlike Hayley, and is a great deal "hipper". She loves the character of Hayley and has thrown herself into an involving and accurate portrayal which has even won praise from Parliament.

Julie's owns a house in London, but spends most of her time around Manchester. When she's not working, she enjoys travelling a great deal. Being in the Street has allowed her to go such places as California, New York, Barcelona, New Zealand, Amsterdam, and her favourite, Cuba. She also devotes some of her time to several charities close to her heart, such at the Parkinson's Disease Society and Debra UK

Julie lives near Manchester with actor Ian Kershaw, with their daughter, Martha.

Her surname is pronounced "Hes-mond-halsh"
"We have nothing but praise for Julie yesterday.  She was fantastic and impressed everyone with her friendliness and professionalism."  Julie officially opened Oliver House School, Hallgate - October 2011
Read More