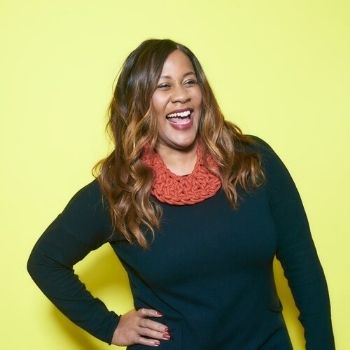 Business leader and champion of diversity, Karen Blackett is the former CEO  MediaCom - the largest media agency in the UK whose clients include Sky, Tesco, GSK, Coca Cola, CRUK, Centrepoint, Audi, DFS and the Metropolitan Police. She currently is the new UK Chief Executive of Group M.

She promotes diversity throughout the advertising and media industry and her lifelong passion is to find, discover, and mentor talent from all backgrounds and classes in order for them to get a foot in the door.

In 2003, Karen went from Business Director to Marketing Director at the agency; in 2008, she became its Chief Operations Director for EMEA; and, in 2011, she was promoted to CEO of the UK Office, running over £1.2bn of media billings and over 1100 people.

During Karen’s tenure as CEO, MediaCom won the title of Agency of The Year by Industry Magazine Campaign for an unprecedented two years in a row (2013 and 2014), as well as £790 million of new business, including that of Tesco in 2015.

In 2014, Karen received an OBE in the Queen's Birthday honours. She has also won the Women in Marketing (WIM) Outstanding Contribution to Marketing Award; has been featured 5 times in the Power List of Britain's 100 Most Influential Black People (heading the list in 2015, the first business woman to do so); and has appeared in the Woman's Hour Power List of Top 10 Influencers and Marie Claire's Women at the Top Awards.

With over 20 years’ experience at the forefront of the media industry, and after an enormously successful period as CEO of Mediacom UK, in January of 2018 Karen became the first UK Country Manager for WPP, the world’s largest communications network, overseeing 14,000 people across multiple operating brands. In this role Karen is responsible for delivering growth in WPP’s 2nd largest market, with revenue of $2 billion.

Named by Vogue as one of the 25 Most Influential and Inspirational Women of 2018 and ranked top of the EMpower 100 Ethnic Minority Executive Leaders list, Karen was appointed the Race Equality Business Champion by the UK Prime Minister in 2018, and was made a non-executive director of the UK Government Cabinet Office in 2019.

She has spoken at likes of the House of Commons; Black Women Mean Business event; the Voice of Women event as part of the organisation’s women as agents of social change programme; Management Today's Inspiring Women conference; Mumsnet Workfest; and AANA Reset Conference in Sydney Australia. She has also given a TEDx talk, and was a panellist for The Guardian Changing Media Conference whilst also guest editing the publication.