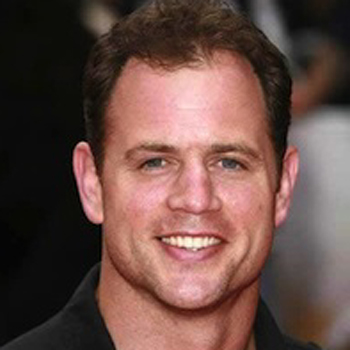 England's win in the Rugby World Cup was the embodiment of successful teamwork. With 50 caps to his name, Kyran details how the players functioned with five leaders on the field, each controlling their own discipline but with one overall gameplan. Appealing way beyond sport fans, he demonstrates what can happen when everyone pulls together.
Kyran joined Saracens in the summer of 1996 and played over 170 First XV games and was an integral part of the victorious Tetley Bitter Cup team in 1998. Prior to joining Saracens Kyran spent 4 years at Bristol Rugby Club where he was the first player in many years to become an international. During his time at Bristol Kyran continued to have a successful career in law with Clarke Willmott Clarke until the advent of professionalism in 1996.
In addition Kyran played for England for over 10 years making his debut in 1993 against the All Blacks when Jamie Joseph famously stood on his ankle. Although plagued with injury he gained over 50 caps scoring 3 tries. The highlight of his international career has to be his contribution to the winning of the World Cup in 2003.
Kyran has also played for the Lions on their successful tour of South Africa in 1997 scoring one try and appeared for the Barbarians on numerous occasions. Away from the field, he took part in ITV's Dancing on Ice.
Kyran is a popular speaker either in motivational mode, at conferences and seminars, or anecodatally after dinner.
Read More