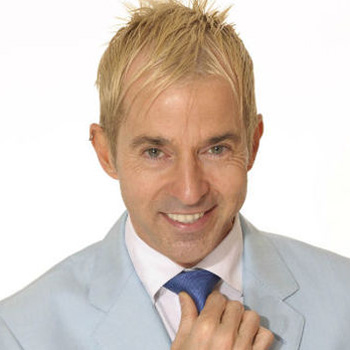 Christopher Hamill was born in Wigan, Lancashire. Limahl,  his stage name, was an anagram of his last name. Limahl is best-known as the lead singer of synth pop band Kajagoogoo, who had a number one hit with 'Too Shy'.
He began his career as an actor, taking small parts in theater productions and on television beginning in the late 70s. He first attempted to break into the music business as a solo act under his own name, and briefly joined several groups before successfully auditioning for Kajagoogoo in 1982.
Kajagoogoo's first single, "Too Shy," topped the British charts in early 1983, and reached the Top Five in America; however, the band's follow-ups failed to duplicate their first success.
Frustrated with their bubblegum image, the remainder of the band parted company around the end of 1983 and Limahl embarked on a solo career. The move produced immediate dividends when he was chosen to sing the theme song for the 1984 fantasy film 'The Never Ending Story' which was a hit on both sides of the Atlantic, reaching the Top Five in the U.K.
His solo albums 'Don't Suppose', 'Colour All My Days' and 'Love Is Blind' were not commercially successful in the UK but found moderate success in Italy, Spain, and Germany.
In the late 1990s, Limahl started making club appearances and then in 2008 he reunited with Kajagoogoo and the band took part in various music festivals in Europe. In 2008 he formed a 10-piece band "Limahl and His Swing Orchestra" and in January 2012 Limahl's brand new single called "1983" was released - exactly 29 years after the release date of 'Too Shy'.
As a corporate entertainer Limahl performs with backing track and two dancers.
Read More