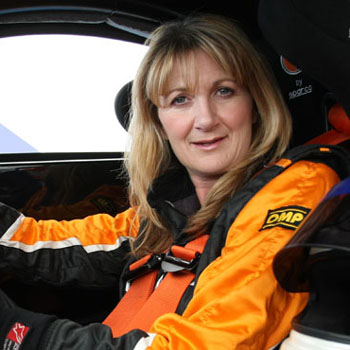 Louise Goodman is an award-winning TV presenter and journalist with over 20 years of media and motor racing experience.  Her childhood interest in Formula One was first sparked by the exploits of James Hunt and she has gone on to build a very successful career in this male-dominated and highly competitive arena.

Dubbed 'the first woman of Formula One' Louise made her name as part ITV's Grand Prix presentation team and is currently co-presenting the channel's live coverage of the British Touring Car Championship.  A talented presenter across the board she has fronted shows from The Goodwood Festival of Speed and The Goodwood Revival Meeting, covered the prestigious Le Mans 24 hour race for Channel 4, presented the Car of the Year show for UKTV and co-presented the VXR Racing Driver of the Year for ITV.

Louise's informative and entertaining style has also kept her in demand for hosting conferences, prize-giving ceremonies and live events and she has been a regular presenter in the 5000-seater 'Live Action Arena' at the Autosport International Show.  She has worked with a range of corporate clients over the years including Castrol, Santander, Vodafone, Audi, Honda, Jaguar and Toyota.

Not content with just talking about motorsport, Louise is also pretty handy behind the wheel. She finished a highly creditable 3rd in class at the British round of the 1999 World Rally Championship and has also mixed it with the best on the race track.  Her most memorable race appearance came at Donington Park where she was a 'passenger' in the first ever race for two-seater Formula One cars. Louise was being driven by F1 star Fernando Alonso in a 200mph Minardi when they were hit by 1992 F1 World Champion Nigel Mansell!  She also became the first woman ever to take part in a Formula One pit-stop during the 2006 British Grand Prix.