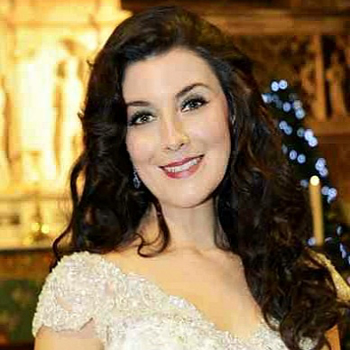 Soprano Margaret Keys has been singing since the age of four.

Born in Derry, Northern Ireland her passion for music took hold early and Margaret decided that she wanted to pursue a career on stage. Her talent quickly became clear and she was already being marked out for success by some of the leading conservatoires and music professionals. At the age of 15 she was awarded the Trinity College Of London Gold medal for the best overall performer in the graded examinations.

Margaret won a scholarship to complete her vocal training at the prestigious Royal Scottish Conservatoire of Music and Drama. She graduated with a Masters in vocal performance having already gained a First Class Honours Degree in Music Education.

Since graduating Margaret’s career has continued upwards. She signed a recording contract with Universal Records and has been hailed as a unique find.

Margaret has performed extensively throughout the world and with some of the world’s leading orchestras and performers. She has performed to an audience of 35,000 in a special International Lakeside Proms concert and was one of the chosen artists, which included Andrea Bocelli and Aretha Franklin, to perform for Pope Francis in a concert for his visit to the USA in 2015. The concert was broadcast worldwide to an audience of 1.5million.

She has also performed on TV including BBC Songs of Praise, The BBC Proms and on PBS American TV specials.

Margaret is making quite an impression on the American audiences. Since performing for Pope Francis during his visit to the USA she was invited to perform In The world Famous Carnegie Hall, New York in the "Holiday for Peace Concert" in 2016.

She was invited to perform for HRH Prince of Wales Foundation Concert for Children and Arts, aired to an audience of 5 million on Classic FM and Sky Arts.