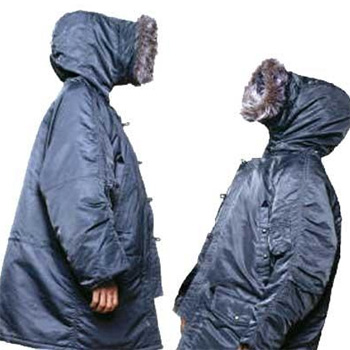 Men In Coats was created by Michael Dow.

This explosive duo, with a unique brand of humour, have gone from winning the Hackney Empire Best New Act award in 2001 to being one of the most talked about live comedy acts in the business

After returning from the Edinburgh Fringe Festival where they debuted their full length show to sell-out audiences and critical acclaim, they ended the year with their performance at The Royal Variety Show shown on BBC1.

2003 saw them starring in BBC2's weekly Saturday night show "The Live Floor Show", in April of the same year starred at the Melbourne Comedy Festival.
Since then, the show has travelled worldwide and performed in some of the biggest and most prestigious venues on the globe. A second team of performers was born in late 2005 to cope with demand and the show goes from success to success, performing in Thailand, the Bahamas, South Africa, Holland, Germany, Denmark, Switzerland, Malta, Spain, Greece, Italy, Turkey, Portugal, Monte Carlo and so many others including shows for British and European Royalty.
Men in Coats have appeared on:
The Royal Variety Show, BBC1
The Live Floor Show BBC2,
Raymond ist Laat on Dutch TV
Raymond ist Laat, invited back for the 100th episode.
Le Plus Grand Cabaret du Monde. France
La Luna Sin Falta, National TV Chile
Un, Dos, Tres  National TV Spain
Melbourne Gala Show, National TV Australia
Just For Laughs, CBC Canada and worldwide

As well as being in demand on the international comedy circuit, Men in Coats are available for corporate events.

"Men in Coats proved to be one of the evening's biggest successes"  The Stage.