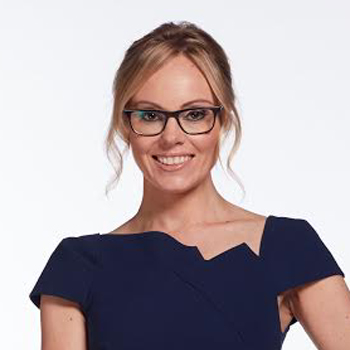 Michelle Dewberry shot to international fame when she beat competition from over 15,000 people to become the winner of 'The Apprentice' on BBC TV. Her sharp business brain won her not only the title but the admiration of the nation and a place in Sir Alan Sugar's business empire.

Sir Alan summed her up when he called her "hard working" "very focused" "organised" "committed" and acknowledged she has "worked her way up to achieve great things". Michelle also captivated the media and became known as the "silent assassin".

Prior to competing in The Apprentice, Michelle was a self employed consultant working in the City of London with an impressive client list. Her decision to apply for The Apprentice was motivated by her strong desire to develop her business experience under the aegis of one of the country's most successful businessmen. Always ready to drive and accept a new challenge, she has created every one of her opportunities by forward thinking and self motivation.

Despite leaving school with only two GCSE passes, Michelle soon demonstrated her rare business potential. Declining to follow the conventional further education route, Michelle recognised the value of hands on experience and opted instead for a YTS programme. Aged 18, she took a major employer by storm after cold calling them and requesting a job as a manager. She was offered a junior post in the IT department but swiftly engineered her progress through the ranks until, by the time she was 21, she was managing the company's biggest account.  Michelle simultaneously funded herself through night school to gain various professional qualifications to underpin her fast growing career. A desire to increase her experience saw her move around the UK and then to London, after she was headhunted by Tiscali to manage their offshore transitions. Recognising her strengths in business transformation, Michelle branched out to work as a freelance consultant, managing complex business process outsourcing and transformation programmes.

After working with Sir Alan Sugar for a year, Michelle's entrepreneurial flair was strengthened and she left to progress her own ventures. Today, Michelle helps others to overcome whatever challenges they may face - be it companies, teams or individuals. She specialises in bringing her entrepreneurial, life and leadership skills to top organisations, helping leaders to become corporate entrepreneurs. Her clients range from top business leaders to ex prisoners, international companies to start-ups, and so-called "sink" schools to charities. In addition, Michelle is actively involved with the NSPCC and is an ambassador for the Prince's Trust. She is on the board of the prestigious Business Superbrands council and has been selected by the government as a mentor to the £19million e-factor programme, promoting enterprise across North Lincolnshire. She is also a regular contributor to radio, TV and print media. Her first book 'Anything is Possible' was published in 2007.

An author, businesswoman, coach and a speaker, Michelle shows that success does not happen by chance, it happens by choice. She was recently featured in the FT after a company she spoke at experienced its highest ever sales figures following her speech. Click here to read the article.

Michelle now works weekly on Sky News Sunrise programme alongside Eamonn Holmes as a current affairs commentator and she continues to be actively involved in getting people back into the workplace.

As of June 2012, Michelle has her own Career column in the newly revamped MORE! Magazine.

"It was lovely working with Michelle, it was clearly a topic that was close to her heart. She spoke extremely passionately about her past and I'm sure inspired many of the young people in the audience who are hoping to follow in her footsteps."  The Grow Gloucestershire Showcase Awards - October 2013