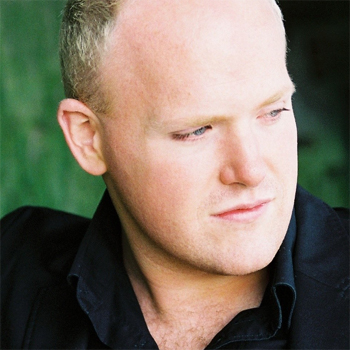 Praised in the Daily Telegraph for possessing 'a tenor voice of real distinction', Nicky Spence is fast emerging as one of 'our finest young singers'.

Following his formative training at the Scottish Youth Theatre and the NYMT, Nicky graduated from the Guildhall School of Music & Drama under the vocal guidance of John Llewellyn Evans and went on to study at the National Opera Studio before taking up his place at the London Coliseum as a Young Artist with the English National Opera.

He had a run of successful debuts in some of the UK's most distinguished opera houses. Recent roles include Tom Rakewell in The Rake's Progress, MacHeath in The Beggar's Opera, Jaquino Fidelio (Opera Holland Park), Lampwick in The Adventures of Pinocchio, and Quint in The Turn of the Screw (Opera North; Arcola Theatre London) and Baron Lummer Intermezzo (Scottish Opera). This was followed by his debut at the English National Opera in the leading part of Brian in Nico Muhly's MET commissioned opera Two Boys, which received its world premiere at the Coliseum and gained Nicky outstanding reviews.

Twice Classical Brit nominated, Nicky has won many awards including the National Bruce Millar Opera Prize, the Kathleen Ferrier Young Singers Bursary Award, a Sybil Tutton Award and the annual Concordia Barthel Prize. Affiliated with many of the UK's most highly-regarded stables, he is a proud Britten-Pears Young Artist, a Concordia Foundation Artist, and a Solti and Samling Foundation Scholar.

Nicky is grateful for the generous support he has received from the Countess of Munster Trust, the Musicians Benevolent Fund, the Wingate Foundation, the John Wates Charitable Trust, the Wang Foundation, the Kathleen Trust, the Dewar Arts Award Scheme, the Sir John Caird Scholarship and the Scottish International Education Trust.