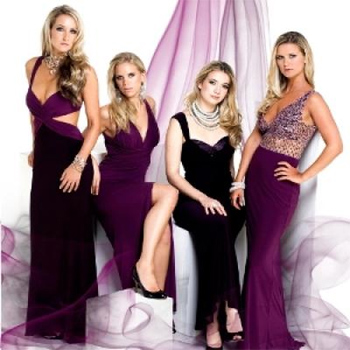 Passionata are an all female opera group comprising of four internationally acclaimed classical singers. They have all been clasically trained at the UK's leading music colleges. Passionata have gained widespread acclaim with their undisputed vocal talent combined with their stylish image. The alluring quartet fuse classical opera and popular modern pieces together to create a unique and beautiful sound.
Recent performances include The Nobu Ball in Dublin and performances for Prince Albert of Monaco, The Princes Trust as well engagements for a number of private parties.
Passionata have performed at Twickenham, opening international rugby games. They toured China performing in Tiananmen Square ahead of the 2008 Olympic Games.
They performed at the Pride of Birmingham Awards and at Bulgari's 125th anniversary in Dubai, where they collaborated with the English National Ballet. They were on stage for the 2009 Wimbledon Ball and have performed with Il Divo at the Royal Albert Hall.
Passionata are a beautiful visual group and sing epic classic/crossover tracks. They are a particularly popular choice for private events for senior delegates in the private investment banking, equite and trade sectors but have also gained a reputation for gracing other events including awards ceremonies and corporate dinners. They are a class act and suitable for international audiences and they design each of their performances to complement individual events,  ensuring that the performance suits the ambience and feel of the evening.
Read More