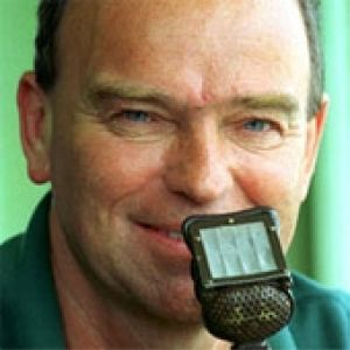 Pat Murphy, is the voice of cricket on BBC Radio 5 Live.

Murphy, one of BBC Sport's most independent and intelligent minds, has been a vigorous campaigner against racism for more than 30 years. He received formal permission from the BBC to boycott England's match in Harare only 24 hours before the England and Wales Cricket Board confirmed its determination to fulfil the fixture in defiance of widespread public opposition.

Murphy was an enthusiastic supporter of the Stop the Tour movement in 1970 which forced the cancellation of South Africa's tour of England and became a catalyst for change in the republic.

In addition to the recent World Cup, Pat has commentated on 12 England tours, and will be once again covering the England Test against Zimbabwe at the end of May 2003.

Besides cricket, Pat also writes a regular column with Brian Clough in the 4-4-2 football magazine, and regularly commentates on football matches for Radio 5 Live.

Pat is a good after dinner speaker suitable for any audience. From cricket, to football through to broadcasting stories, Pat is a humorous and entertaining speaker.