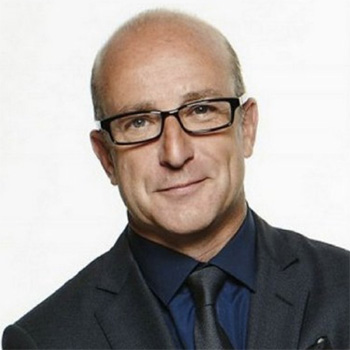 Growing up, Paul wanted to be either James Bond, a rock star or a radio DJ.  He began to turn this dream into reality when he did the young DJ slot on Capital Radio aged 12 and in due course, he went on to work at Radio Caroline, Chiltern, Capital and finally Radio One.

Paul's interest in hypnosis and all things self-improvement began after he interviewed a hypnotist for one of his radio shows.  He started small, doing stage shows in his local pub, but within a few weeks they were standing-room-only.  He then moved on to bigger theatres until he broke all records when he put on the largest show of stage hypnosis in the world by selling out The Royal Albert Hall in London.  Paul received rave reviews when he took this show to New York for a run on Broadway, where he was nominated for a Drama Desk Award.

His TV series, The Hypnotic World of Paul McKenna began in 1993 and became a global success, broadcast in over 42 countries, with over 500 million viewers.  Paul also starred in his own prime-time special in America on ABC entitled The World's Funniest Hypnotist.  Other series followed including Hyp The Streets for Channel 4, and The Paranormal World of Paul McKenna for ITV.  He co-produced two self-help based factual series for Sky One: I Can Change Your Life and Paul McKenna Will Make You Thin.

Paul is the brand leader in self-improvement products in the UK, having sold millions of self-help CDs, DVDs and books.  He has one of the largest self-improvement training companies in Britain, teaching thousands of people every year how to increase their confidence, motivation and optimism.   In addition to all this, Paul spends a lot of his time working with individual private clients in the US and in Britain, with extensive work in the corporate sector too.