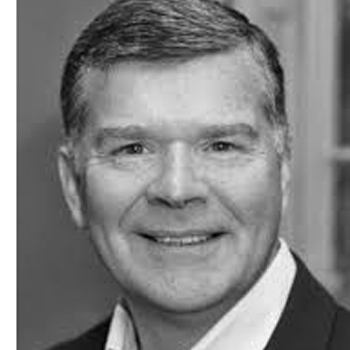 Peter Dunne is a highly skilled film professional with extensive experience in international film distribution, marketing and relationship management at the highest levels of the entertainment business.

With extra responsibility for liaising with partner studios on the distribution and marketing of co-productions (A.I., Gladiator, Saving Private Ryan, A Beautiful Mind, Minority Report, Road to Perdition), Peter Dunne established strong relations with the international divisions of most of the major Hollywood studios and broadened his remit across the full spectrum of international distribution, including TV and consumer products.

Having established a close working relationship with Jeffrey Katzenberg, Dunne went on to act as DreamWorks’ special consultant on all animated titles (including Madagascar, Wallace & Gromit: Curse of the Were-Rabbit, Over the Hedge and Flushed Away) and all Steven Spielberg titles. With his background in family entertainment and worldwide franchise, Peter is frequently consulted on acquisition, franchise and international marketing and distribution.

In 2011 he served as Associate Producer on Big Rich Films’ WW2 drama, Resistance and on Jadoo (2013). He continues to consult for Steven Spielberg on an ad hoc basis, most recently on Indiana Jones 4. In 2013 he consulted for Illumination on Despicable Me 2. He also represents Portland-based studio, LAIKA, producers of Coraline, ParaNorman and The Boxtrolls.

Peter Dunne has spoken at the BFI’s “Talking Pictures” programme, and the EU’s Cartoon Master programme. He is a volunteer business mentor for The Prince’s Trust and was on Oxfam’s Communications Board. He is also a member of the judging panel for The Groucho Club’s annual Maverick Award. He is a member of the animation chapter of BAFTA.

His book "50 Things" is a humane, wise and funny collection of letters to his children for when they feel lost (with love from their Dad).

"This book is that rare thing: a non-preachy and super-helpful guide. Every page made me smile and some laugh aloud.”

“Humane, funny and above all loving. I wish I’d written it to my children.”

“This is a book for the ages. As you read it, you think why didn’t somebody do this a long time ago? Every father should have it and every child should read it.”

“Few exude the love warmth, humour, humility, and insightfulness we all aspire to, as naturally and generously as Peter Dunne and I can’t recommend the soul-warming experience of reading his wonderful blog-born, hence uncontrived, book highly enough.”

Stephen Russell, aka The Barefoot Doctor