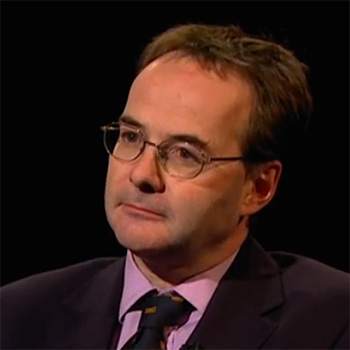 Since beginning his career as a journalist in 1987 Quentin Letts has written for a number of British newspapers.  He was one of the writers on the Peterborough gossip column in the Daily Telegraph and for a time in the mid-1990s he was New York correspondent for The Times.
He is best known for his ascerbic parliamentary sketches he's the person behind the Daily Mail's Clement Crabbe column and is also the paper's theatre critic as well as a contributing travel pieces.
Quentin lists his hobbies in Who's Who as "gossip" and "character defenestration".
His columns have been described as "attempts at faintly homophobic humour" in The Guardian, which accused him of being "busy guarding what children should and shouldn't see in the theatre". He has also been accused of misogyny over an attack on Harriet Harman.
Letts presented an edition of Panorama on the BBC in 2009 on the growing criticism of the influence of health and safety on various aspects of British life.
He has written three books including the bestselling '50 People Who Buggered Up Britain'which has sold over 45,000 copies and was reviewed in The Spectator, where it was described as "an angry book, beautifully written.  His other books are 'Bog-Standard Britain' and 'Letts Rip!'
With an eye ever turned on politics and the political elite, Quentin is a highly entertaining  after dinner speaker with his behind the scenes anecdotes of the House of Commons antics. He wittily exposes many of its arcane practices and reveals some of its better kept secrets.
Read More