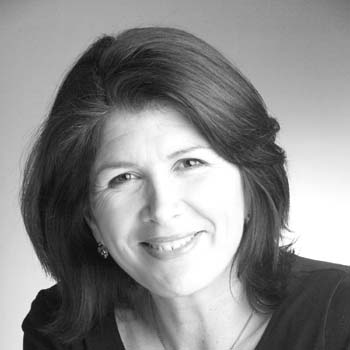 Rebecca was the first British woman to have climbed Everest - an achievement recognised around the world. Rebecca then went on to become the first English-speaking woman in the world to climb the Seven Summits, the highest mountain on each of the seven continents.

Her achievements might suggest she has always known exactly what she wanted to do, but this is far from the truth. At school, she followed no particular path. 'I went to university and then into journalism, still not knowing what I wanted to do.'

It wasn't until the age of 27 that she discovered a passion that was to change her life. As a journalist, she accompanied an Anglo-American expedition on Everest's North East Ridge and got bitten by the mountaineering bug. She decided she wanted to climb. Not only that, she wanted to climb the highest mountain in the world. Four years on she fulfilled this ambition and has subsequently continued to break records and barriers. But how did she do it?

'Simple,' she says, with the benefit of hindsight. 'I wanted to climb these mountains more than anything else in the world, and that was half the battle won. A burning desire meant I just pushed that much harder to acquire the requisite skills and make sure it happened.' Rebecca believes that everyone has 'their Everest', something they badly want to do. The secret is to have the self-awareness to listen to your inner voice and follow a path that is true for you.

With a passionate belief that every individual can achieve goals far beyond their wildest dreams, Rebecca lectures to corporate audiences and schools around the world. She also contributes articles to a number of national newspapers and has regularly appeared on television, most notably on Tomorrow's World. She has written a compelling account of her ascent of Everest, 'On Top of the World', a Dorling Kindersley book on mountains, entitled 'Everest', and most recently 'The Seven Summits of Success', co-written with management guru Robert Heller. She's also been a judge on the Man Booker award for contemporary literature.

Not surprisingly, Rebecca continues to adventure at every opportunity. She has sailed the Southern Seas to the South Magnetic Pole and Antarctica, competed in an eight-day Eco-Challenge with polar explorers Sir Ranulph Fiennes and Dr Mike Stroud, running, biking and canoeing across the Canadian Rockies. Most recently, she has crossed the island of South Georgia in the footsteps of Sir Ernest Shackleton.

She is a trustee for the Sir Edmund Hillary's Himalayan Trust, a fellow of the Royal Geographical Society, member of the Alpine Club, and has been closely involved with The Duke of Edinburgh's Award Scheme and the Outward Bound Trust.

"You received the highest marks ever - 8 x 10 and 2 x 9 (and one delegate never gives 10 on priinciple!) Congratulations, this is a brilliant and true reflection of your ability to share your extraordinary story in such a business-focused way."  The Academy of Chief Executives