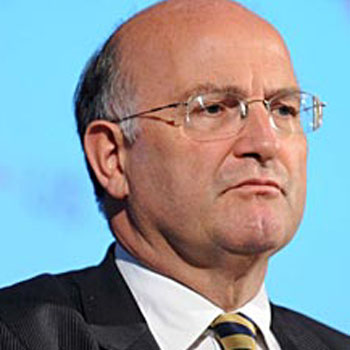 Roger is managing director of Capital Economics, which he founded in 1999, a Specialist Adviser to the House of Commons Treasury Committee and an Honorary Fellow of the Institute of Actuaries; he was formerly Group Chief Economist of HSBC. In 2012, Roger and a team from Capital Economics won the Wolfson Prize, the second biggest prize in Economics after the Nobel.
An alumni of Oxford University, he lectured at St Anne's College, Oxford in Economics before moving to the City where he has spent much of his career.
He has written numerous articles and books on monetary economics, the latest of which was The Trouble with Markets, an analysis of the deep causes of the recent financial crisis and threats to capitalism arising from it. Like his previous book, Money for Nothing which correctly anticipated the financial crisis, it has been widely acclaimed. Previous tomes include the best seller, The Death of Inflation, and translated into nine languages. He is also joint author of the Theory of Money, and author of Index-Linked Gilts.
Roger's best selling book is called “The AI Economy – Work, Wealth and Welfare in the Robot Age”. It is about the economic implications of Artificial Intelligence and addresses the concerns of both businesses and ordinary people about how the future will look as robots and AI proliferate. In contrast to much of the literature on robots and AI, this book is profoundly optimistic about what they imply for the human condition.
Roger is a regular pundit on television and radio and is also a columnist for The Daily Telegraph for which he was named Economics Commentator of the year in 2012 at The Comment Awards.
A much sought after performer at conferences and business gatherings around the world, he has a long and distinguished record of successful forecasting of major events and market movements, often in contrast to the prevailing orthodoxy of the time, including:
Read More