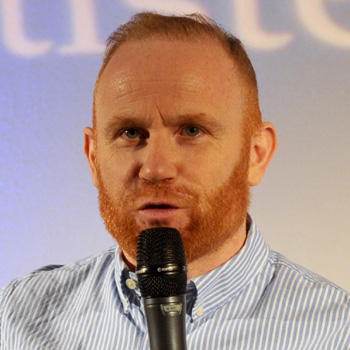 Award winning Irish stand-up comedian and actor Rory O' Hanlon started his career in Dublin. He is now a firm favourite at comedy clubs across the UK and Ireland and has been described by Chortle as having "presence, poise and timing" and the Irish Times delighted in "a joke every 30 seconds".  His rapid fire delivery regularly has his audiences crying with laughter.
A regular face on Irish TV, Rory has been seen on RTE's New Comedy Awards, Republic of Telly and alongside Des Bishop in Under the Influence. He is also a veteran of stage, with seven consecutive solo shows at Edinburgh Fringe and performing at in The Stand's "Best of Irish" show, as well as appearances at both Glasgow and Cardiff Comedy Festivals.
Rory is also known internationally, having performed all over the world including Moscow, Berlin, Monte Carlo and Brussels. In 2016 Rory is heading off to Australia, where he will be performing at the prestigious Perth Comedy Festival.
In addition to performing stand-up, Rory is a prolific writer, having contributed to the Irish Post, Chortle and Hot Press magazine, and he starred in the short film Spring Clean, which reached the final of the 2013 Virgin Short Film Awards.
Read More