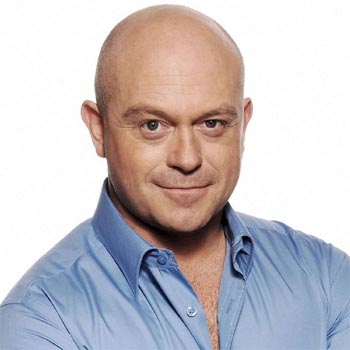 Following success as one of the UK's biggest soap stars after starring as 'Grant Mitchell' in Eastenders and winning Best Actor at the British Soap awards in 1999 and 2006, Ross Kemp has gone on to become a successful documentary maker and author on conflict.
He was awarded a BAFTA in 2007 for his second Sky series of Ross Kemp on Gangs, in which he came up with the idea for the documentary after meeting Bloodhound, a member of LA's Bloods Gang in 2003. The series received international acclaim and has been sold throughout the world.
Ross is one of the most travelled documentary makers and has seen first hand the societies that are best equipped to successfully return from crisis. In addition to the hugely successful 'On Gangs' series where he was granted unprecedented access to some of the worlds most dangerous criminals, he then went on to film 'Ross Kemp in Afghanistan' a five-part series inspired when Ross heard that his father's old regiment, The First Battalion of the Royal Anglians were being deployed to Helmand province, Afghanistan.
In Afghanistan Ross was embedded with the British Army in Helmand, where he witnessed some of the fiercest fighting. By transmitting from the front line and accompanying British troops in training and on patrol, he gave viewers at home an insight into the reality of conflict. Ross and his team won a Broadcast Award and a BAFTA nomination for the series.
He has since written and presented films on conflicts in Afghanistan and the Middle-East and on environmental problems in the Amazon.
Ross is an active supporter of numerous service charities including 'Help for Heroes'.  As well as writing several books to accompany his documentaries he has also branched out into fiction, with his second novel 'Moving Target' published in 2012.
Sport has always been important to Ross.  He boxed and played rugby from a young age and has played rugby at senior level with Brentwood RFC, Saracen 2's and Maidstone.
Read More