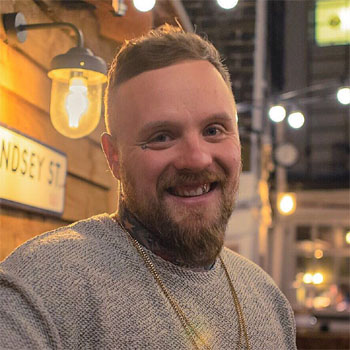 Originally hailing from Slough, Ryan Tricks is a professional magician and YouTuber with a twist; unlike many others in his space, he puts a strong emphasis on using magic to inspire and help people, and to expose cybersecurity in a very modern way.

As an avid fan of magic growing up, Ryan decided to audition for Britain's Got Talent back in 2013 and went onto appear on ITV in the first round.

Ryan started making his own videos showcasing his innovative and playful style of magic, amassing over 24 million views in one particular video involving him throwing a stranger’s iPhone in the River Thames.

Now, Ryan has two television series in production with BBC Three and Channel 5, and is about to launch a new campaign with FootAsylum.

Ryan has recorded over 200 million views on social media to date.

Having performed for celebrities such as Floyd Mayweather, Kevin Hart, Ice Cube and Post Malone, and speaking at the likes of Facebook and Thames Valley Water, Ryan is well on the path to becoming a household name.