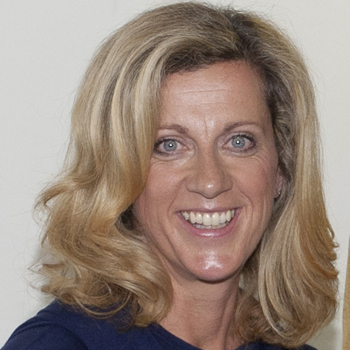 Sally Gunnell OBE has a special place in the nation's hearts as one of Britain's most popular female sportspeople. She is the only woman ever to hold four major track titles concurrently - Olympic, World, European and Commonwealth - and yet had to fight back from numerous injury setbacks.

Following her retirement from international athletics, Sally developed a new career as a television presenter and motivational speaker. She has written four books on fitness, health, self-fulfilment and well-being and does a lot of colnsultancy work with clients, setting up orgrammes to get their staff more engaged in physical activity and health.

She is married to Jon and is mum to three young sons; Finley, Luca and Marley.

"Winning Olympic Gold in Barcelona in 1992 was a massive achievement. I reached the pinnacle of my sport. I very quickly realised that the huge challenge of getting there was going to be dwarfed by the demands of staying at the top. The pressure on me at the Stuttgart World Championships in 1993 was immense. All of my competitors were improving fast and the public expectation of me was sky high. Despite this, I ended up becoming World Champion and setting a new world record.

All businesses are striving for excellence in what they do, not just this time but every time. Business leaders expect more and more from their people; better customer service, improved products, quicker response times, greater efficiency...all of this against a backdrop of global competition from other organisations waiting to take your business away if you fail to make the grade.

Sustaining Excellence is about dealing with pressure and delivering top level performance every time. I take your people through my own experiences at the top of international sport.

I look forward to working with you"